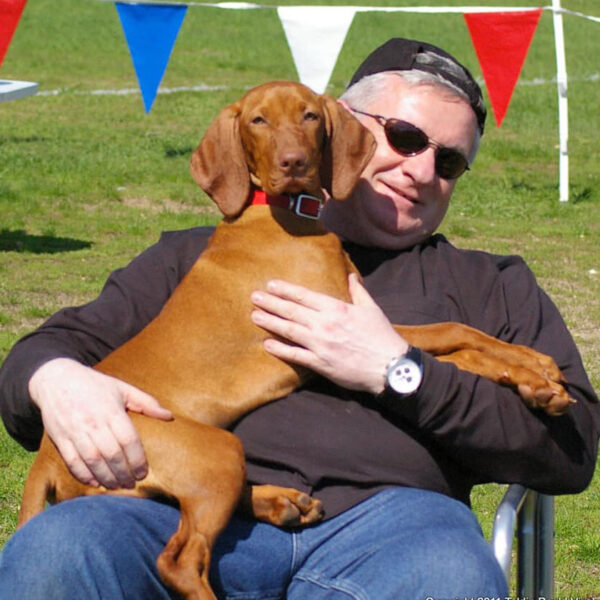 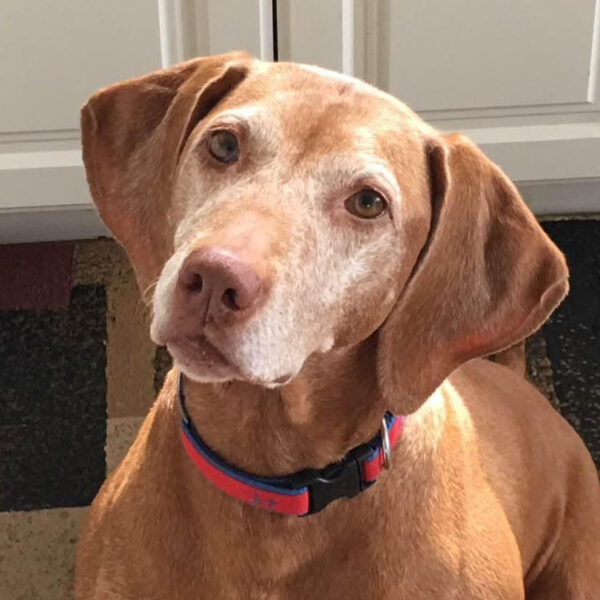 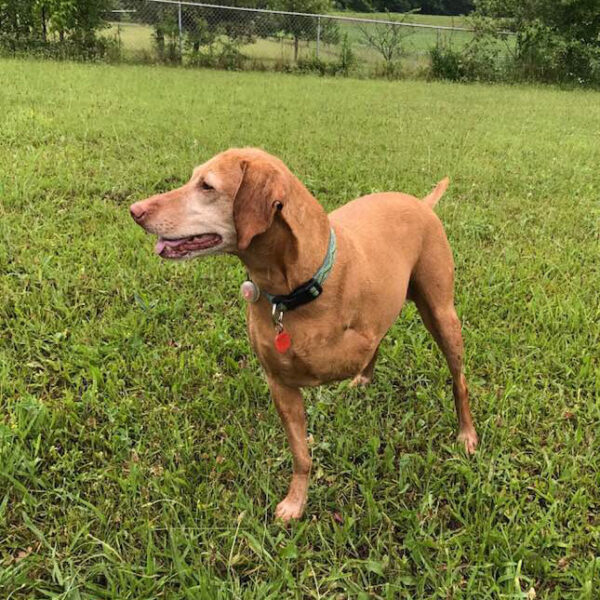 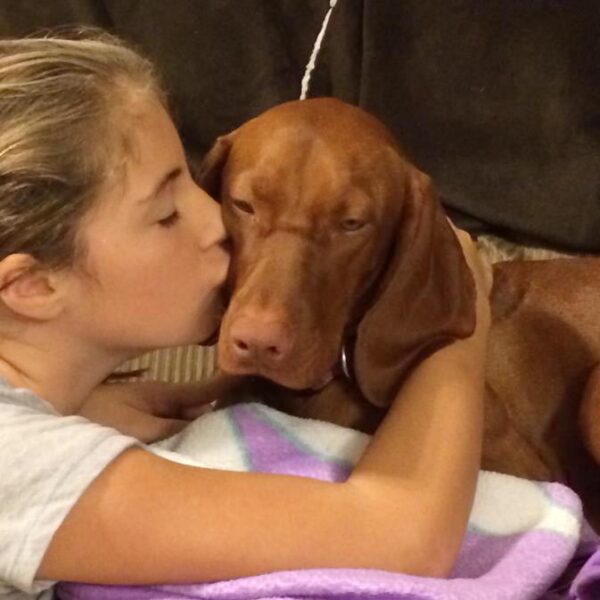 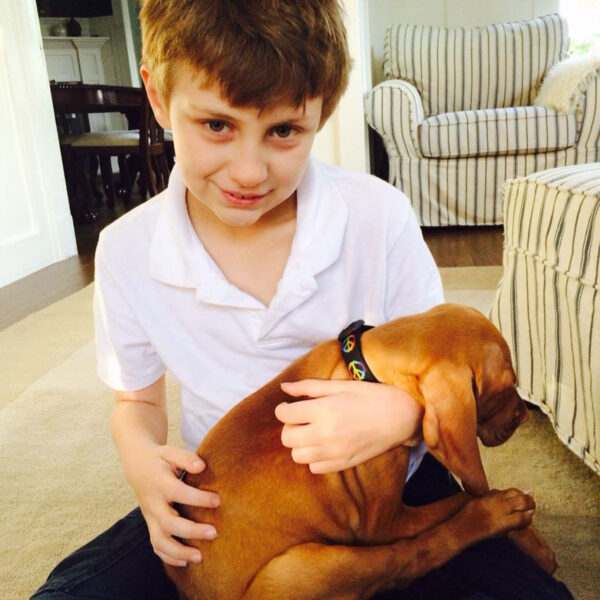 The first Vizsla in my life was Rex (Yorsla’s Mr. Slama), he was born on July 4, 1979 in Wainfleet, Ontario’s Yorsla kennel. He taught us a lot about the breed in the 13 years he was with us. I also had his brother Yankee for the first few years and they were a power couple, thinking of ways to teach us what a Vizsla character is.  They will always be in our hearts, they taught us about how great companions these dogs are.

In 1984, Ficko came to us, followed in 1988 by Ryzska that came to us from Calypso Vizslas. We showed both dogs in conformation, became part of a Vizsla family in Canada, first in Alberta and then in Ontario.  In October 1998, we brought Toldi home from Bajnok Vizslas in Hull, Quebec. Toldi “The Magnificent” completely changed our life. He was with us for 17 years and he was a start of Toldin Vizslas Kennel. Toldi was a great show dog (No. 1 Vizsla in Canada in 2000 and 2001, winner of many Vizsla Specialty shows, and multiple Group wins and placement in Canada and United States). He was not only great show dog, he was also a fantastic field dog (Top 10 Pointing Breeds FD [Field Dog] in 2003), holds a Registry of Merit title from the Vizsla Club of America (this honor is given to a stud dog for accomplishments of his get), and has been a top producer in Canada and the US, he also sired three litters in Finland. He had typical Vizsla temperament and ability to love everyone he ever met. We named our kennel after him, and most of our current Vizslas have Toldi in their pedigree. In December 1999, Francois Bernier brought us Toldi’s nephew Corey as a Christmas surprise and we were again three Vizsla family. In 2000, we went to visit Onpoint Kennels and came home with our foundation bitch, Steel.  We bred our first litter in 2002 with Steel and Toldi, and since that time Toldin Vizslas has been home to many Champions, field-titled dogs, agility and obedience dogs, the fastest Vizsla in North America, and the Fly-Ball champion, performers in famous Canadian Superdogs show ….. as well as many loved companions.

Toldi sired his first litter with Fila, Piroska Vizslas in 2002 on Vancouver Island, BC and our friendship and co-operation between Hilarie and Barrie Brinkworth in breeding Vizslas produced many beautiful dogs and Piroska Vizslas are integral part of our kennel’s history.

We moved to a Michigan farm in 2006 and continued to work with our dogs, Vizslas were by then huge part of our life, our passion and our only “hobby”.  Frank passed away from cancer in March 2017 and after living in Canada and US for 49 years, I have decided to move to the Czech Republic to be close to my family.  Six of our dogs came with me, among them Keepir, who had already sired a litter of 10 puppies in Czechia by A.I. He is important part of carrying on Toldi’s legacy.

Frank and I were a team, he showed and did field with our Vizslas including pups our stud dogs had produced. I assisted him, organized, worked for both Canadian and American Vizsla clubs and put my heart and soul to raising puppies. It takes a community of dedicated, experienced mentors to ask for advice and support, there are too many to thank for mentoring me at the beginning.  We also cherish Toldin puppy owners, most become part of our family. I hope to continue Toldin tradition with my co-breeders in United States and Canada and now with Toldin Bohemia in the Czech Republic, the FCI permanently registered kennel.