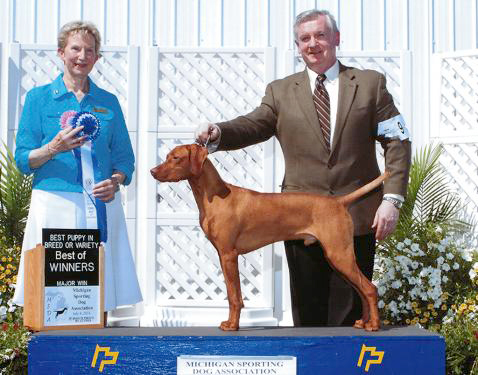 July 4, 2014
PARKER at his first show! BOW - 4 point Major!!!
Michigan Sporting Dog Association Specialty
Monroe, MI
JUDGE: Ms. Linda More
Parker went to his very first show on July 4th at the Michigan Sporting Dog Association Specialty at Monroe, MI. In spite of being in the show ring for the first time, he won Best of Winners from 6-9 months Puppy Class for 4 Point Major, handled by his breeder Frank Lacko! Parker, whose owner calls him "Perfect Parker" won over 18 dogs and bitches for his great Specialty award. He held his own in the puppy group judged by Mr. Robert Ennis and showed lots of spunk and spirit. He was cheered on by his family at the ring side. 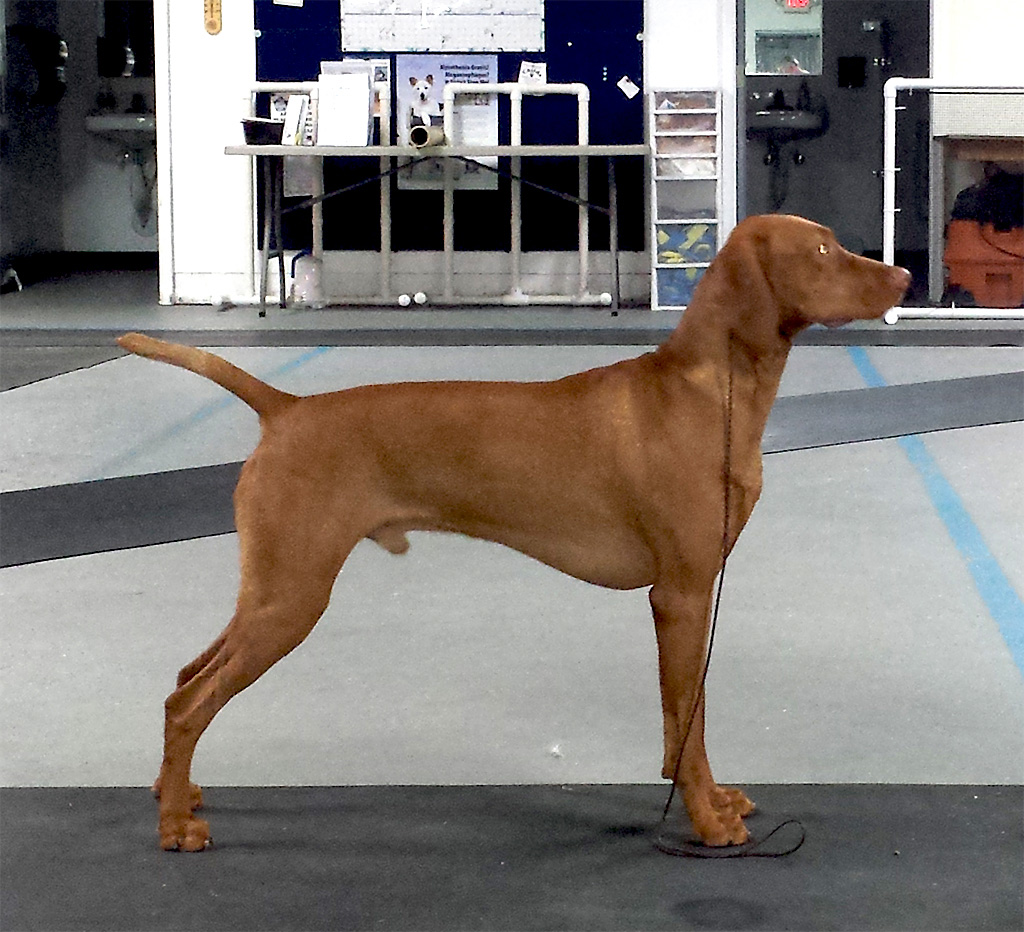 What a weekend! Wow!!! Toldin Vizslas in USA

Teak gets his first point at his First Show