Keepir
MBISS (Am/Can) Am GCH Can CH VCH CZ Toldin’s True To Tradition
SIRE: GrCH Szizlin Ripley's New York Groove "Ripley"
DAM: CH Piroska Toldin's Driving Force "Kyra"
DOB: December 13, 2010–
SEX: Male
STUD DOG: Frozen semen available for qualified bitches
OWNERS: Frank and Martha Lacko
Vizsla Data Base
Health
Pedigree PDF
Keepir is amazing dog in every way. He was a puppy we got back at 4 months old and kept, because we couldn't keep our eyes off of him! He matured nicely and finished his American and Canadian championships with some impressive wins. In USA he made a splash in Ohio going Best of Breed/Best of Winners/Winners Dog (5 point major) at 18 months old over many Specialty winning dogs. He won from Bred by class handled by his breeder/owner Frank Lacko at the Miami Valley Vizsla Club Booster the day after their big Specialty show, with Freya (Toldin's Guns'N Roses) going Winners bitch from the Bred by class again, handled by Frank! - for Toldin sweep of the Booster! A months after that at Vizsla Society of Ontario Specialty judged by Tomas Jakel, an expert judge from Hungary, Keepir was Best of Winners/Winners dog and Freya was Winners Bitch for the sweep of these two awards at the Specialty again. (Freya won points every day that show weekend.) Next day, Keepir went Best of Opposite Sex over Group placing and Specialty winning dogs, again from Bred by class handled by Frank at the booster, judged by Ms. Virginia Lynne. He finished both his American and Canadian titles quickly and his Am. Grand Championship title. He has points against Grand CH in Canada. Keepir won the Award of Merit at 2014 VSO Specialty in Canada (where Freya was awarded Best of Opposite over some nice bitches as the first time in the specials ring) and in 2015 he won the VSO (The Vizslas Society of Ontario) BISS. In 2014, Keepir was shown at just a few shows, won several Best of Breeds/Sel Dog awared and points and his US Grand Championship. Keepir was Select Dog at Miami Valley Vizsla Club Specialty on June 14th from the Vizsla breeder judge Kathy Rust, and two weeks later, June 27th 2014 won Central Wisconsin Vizsla Club Specialty from Judge Richard Lake, his first BISS, on June 27th and finished his Grand CH that weekend! On June 7, 2015, Keepir went Best In Specialty Show (BISS) at The Vizsla Society of Ontario Specialty. Very proud of our boy.

He is training in the field and will be going to field tests for his Junior and Senior hunter titles and continues to be shown in limited shows. He is a muscular boy, has good bone and impressive front assembly, strong rear, great tail set. Keepir is very balanced with wonderful movement and reach. He is also a very sweet dog, smart, inquisitive and playful. His favorite thing is sleeping on the bed with his Frank with his head on his shoulder. Keepir is a proven stud dog. Last fall he sired a litter of 8 healthy and beautiful puppies with Ranga, CH Toldin's and Priden Joy Swing Time (FamexNelson) and the 3 boys and 5 girls continue to develop beautifully with gorgeous heads and great conformation. We are looking forward following their adventures in the show ring and any other venue they choose to follow. His 4 puppies from this litter were also entered at this show, Barley, Franklin, Ritz and Halli in 6-9 puppy class and had impressive showing. Ritz finished 3rd in Bred By Exhibitor and Franklin and Barley won their class, Ritz has now finished her Championship owned by her breeder/owner Joy. Halli showed very well by her owner and she was Reserve Winners bitch at that specialty. Joe, Keepir/Ranga lives in Montana and his owner Rod Kunze finished his Championship with Majors over Specials! Keepir was also bred to Lyric at Aurelia Vizslas by AI and had a litter of 10 puppies July 8, 2014. Link to those puppies at Aurelia Vizslas. We bred Keepir to our Tyler and had a beautiful litter of 8 puppies on December 12, 2014 a day before his 4th Birthday! Keepir keeps is siring great litters for us at Toldin. We are also honored by the breeders that used him in their breeding program for their lovely ladies. Priden Joy Vizslas - 8 puppies with Ranga - multiple show, agility and obedience Aurelia Vizslas - 10 puppies with Lyric from fresh shipped AI - show, field, rally and obedience Akar Vizsla - 12 puppies produced with their Charlie - fresh AI - show and obedience Calibri Vizslas - 7 puppies with lovely Zari - show and field titles. Many Jr. show titles and FDJ title Locura Kennel in the Czech Republic - 10 puppies from frozen AI with Petra Janikova's Erta - multiple show wins all over Europe and looking forward to field work. They are only 8 months old.Keepir is available at stud to approved bitches. 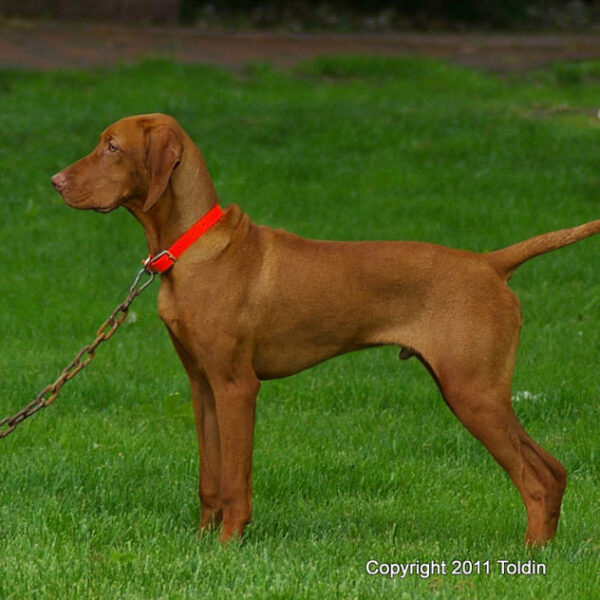 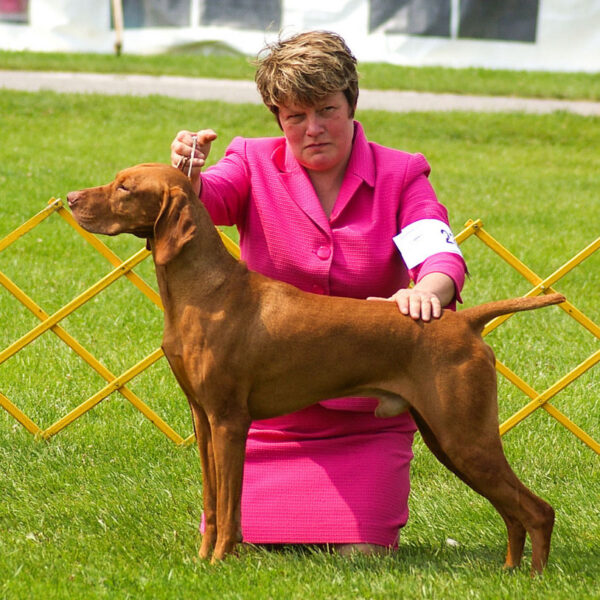 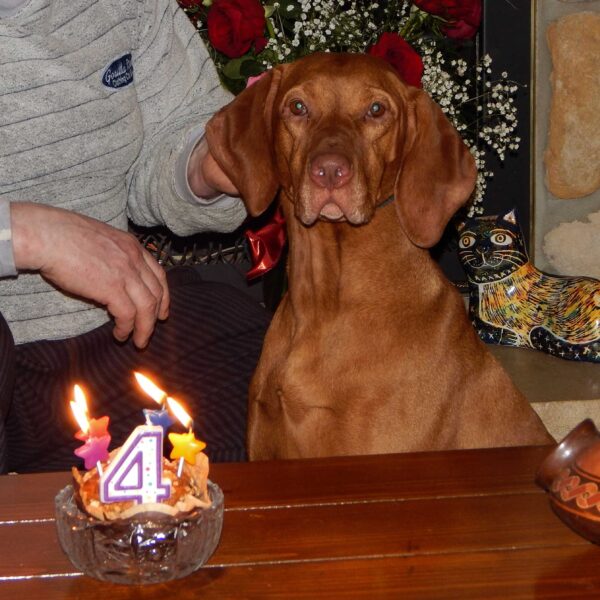 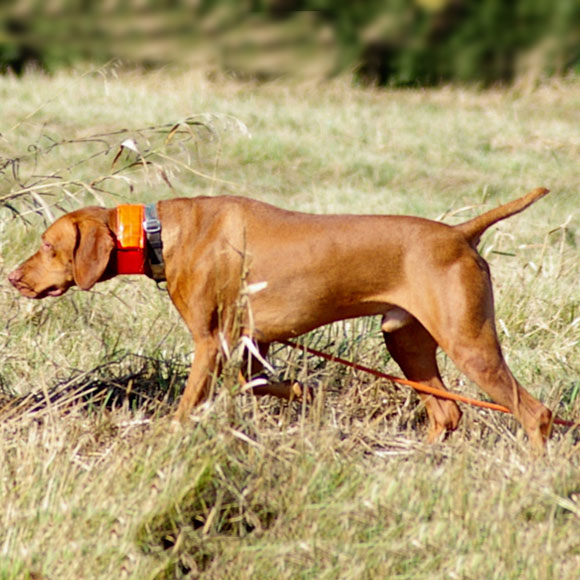 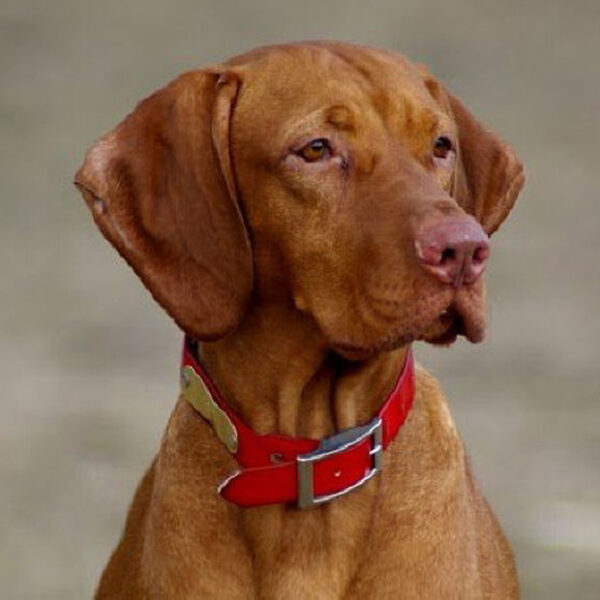 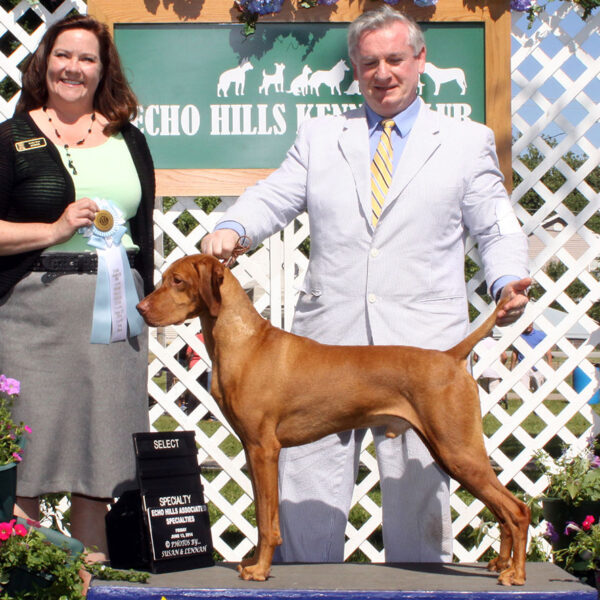 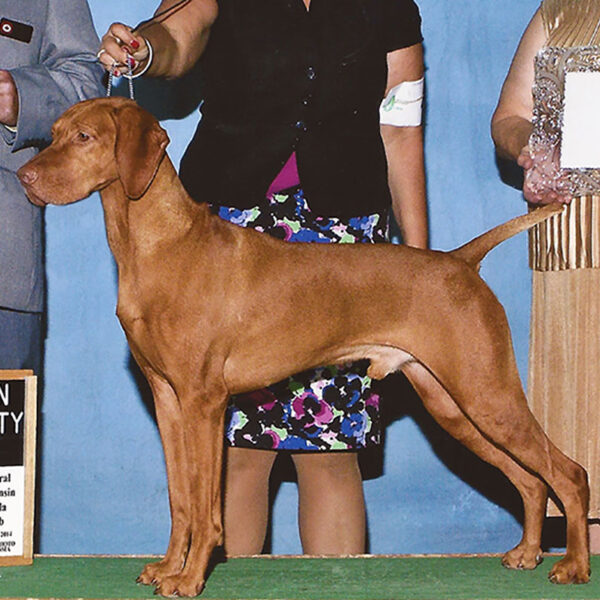 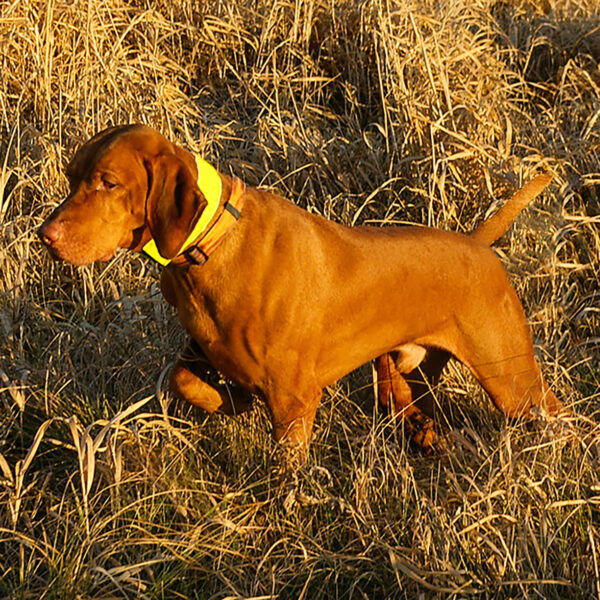 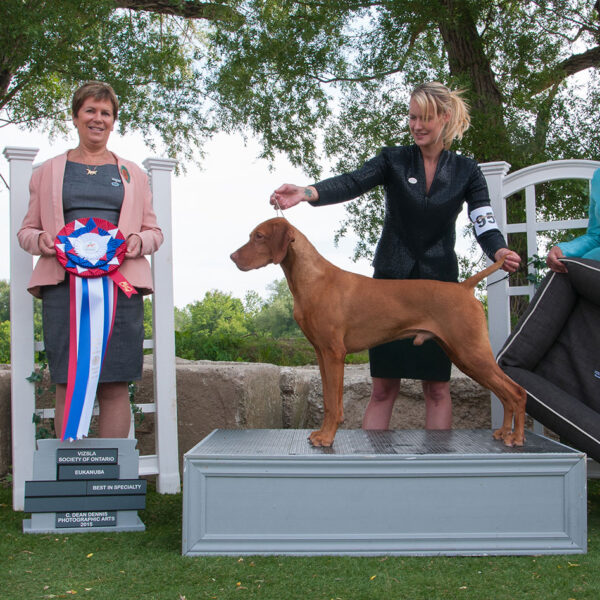 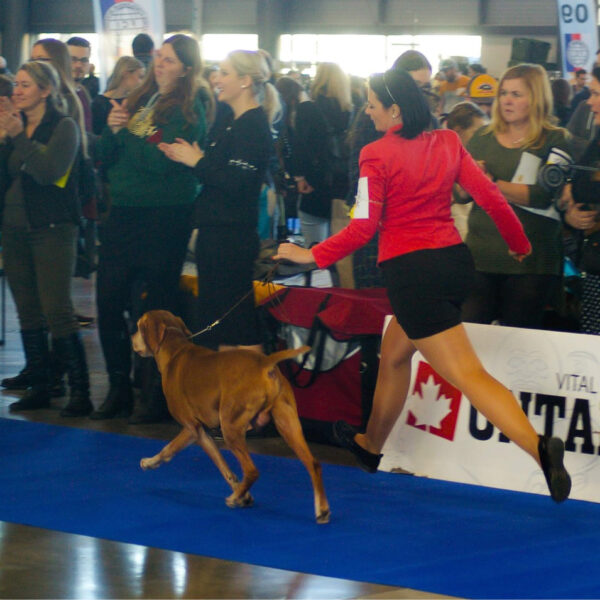 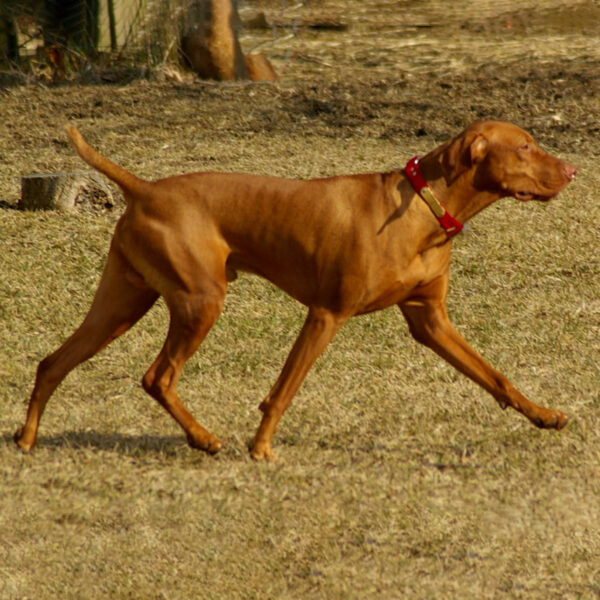 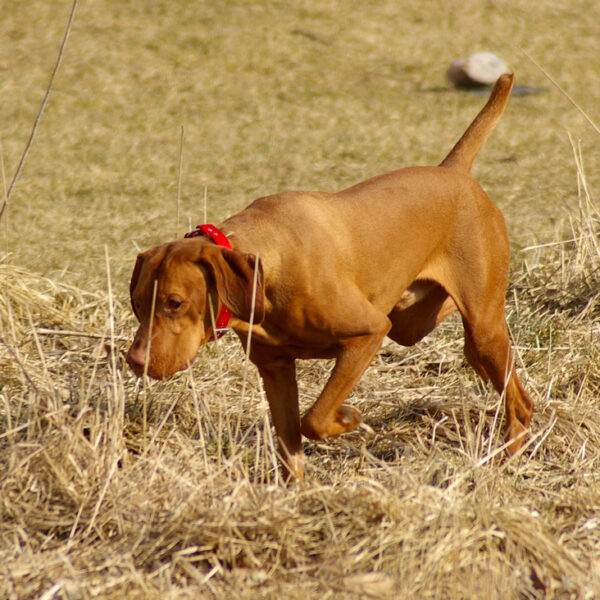 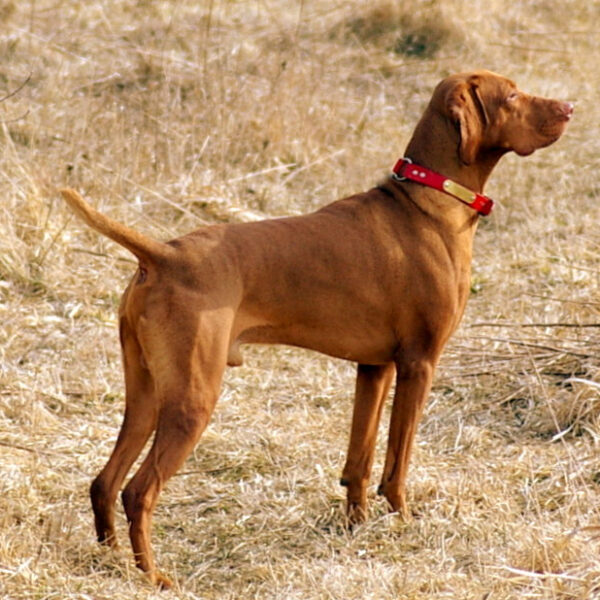 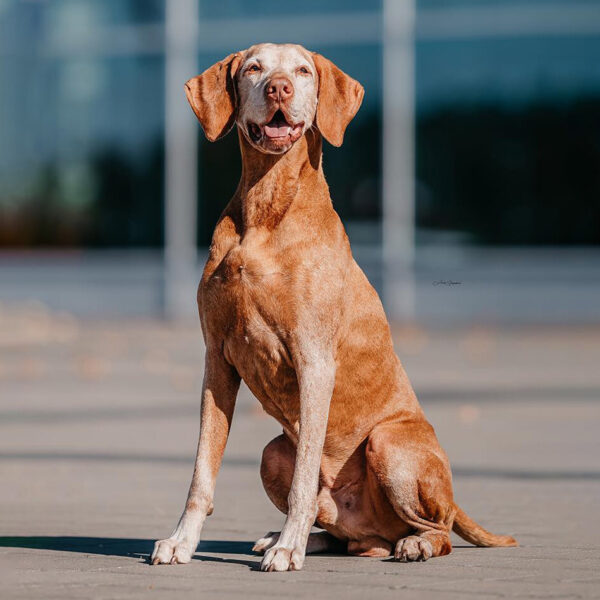 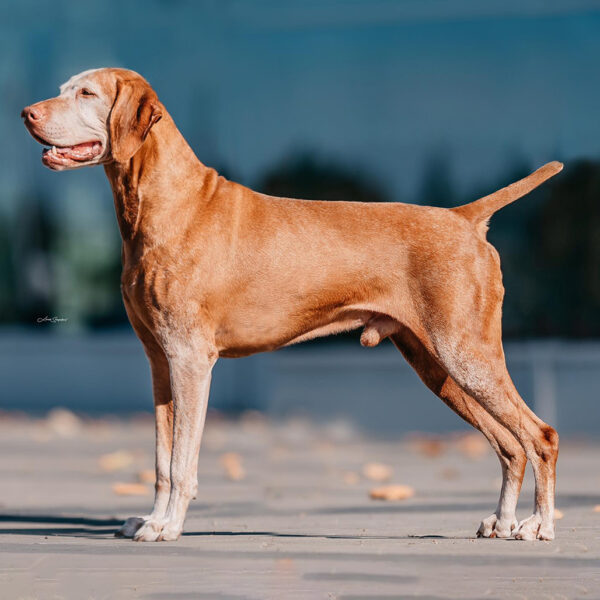 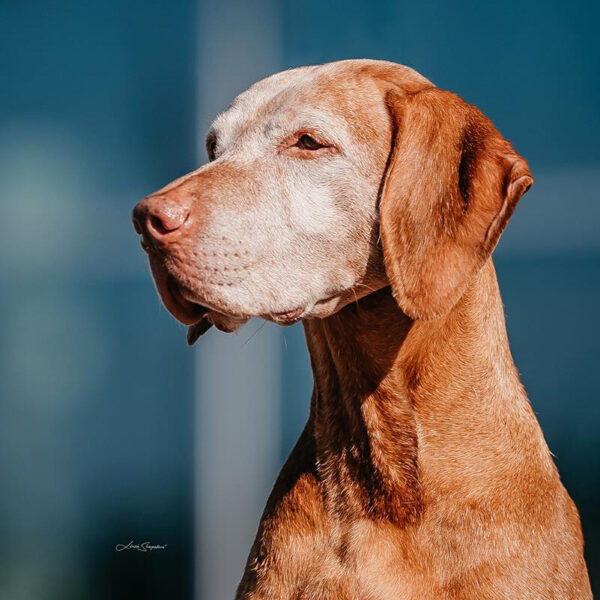